Coming to Cape Town? Survey the Mother City from Atop Table Mountain 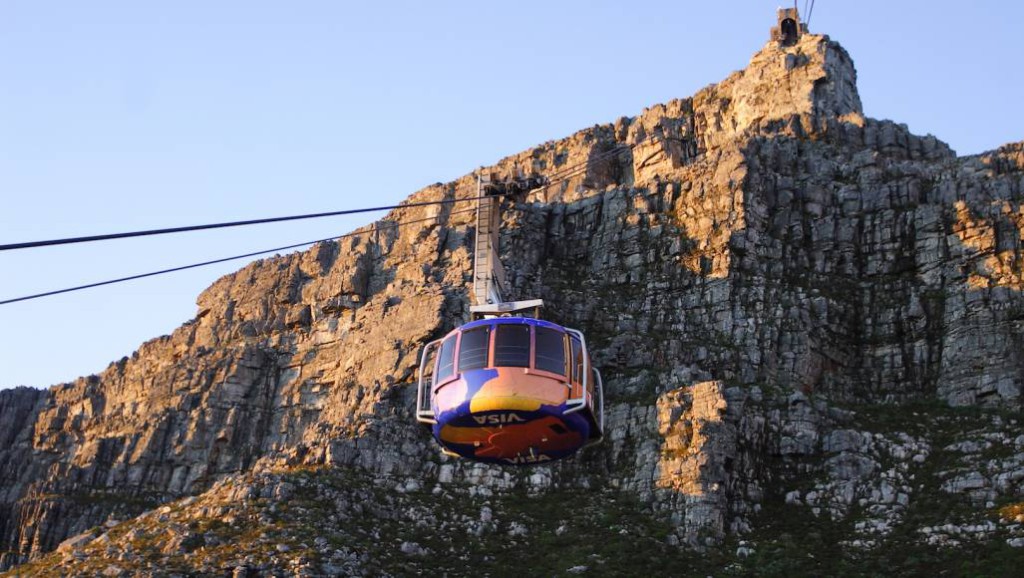 The incredible Table Mountain has captivated the imaginations of visitors since the earliest times. Made of sandstone, the majestic mountain reaches over a thousand metres at its highest point, which is marked by Maclear’s Beacon – a stone cairn built in 1865 by Sir Thomas Maclear for trigonometrical survey. 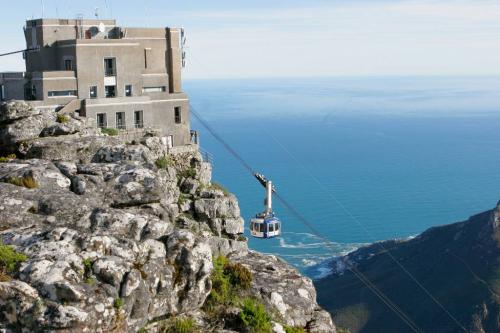 Taking a ride to the top of this magical mountain is a must-do for visitors. Every year at least 600 000 eager visitors do the cable car trip, to marvel at the amazing views from the plateau. The Table Mountain Aerial Cableway takes passengers from the lower cable station up to about 302 m above sea level, to the plateau at the top of the mountain. There you have stunning wide-angle views of Cape Town, Table Bay and Robben Island to the north, and the Atlantic seaboard to the west and south.

On the east side Table Mountain is flanked by Devil’s Peak. An old Cape legend tells the story of an 18th century pirate called Van Hunks, who retired from a life on the oceans to live on the slopes of Devil’s Peak. There he spent his days smoking a pipe. One day a stranger turned up, and the two began a smoking contest that saw great smoke clouds billowing over the mountain in the wind. When Van Hunks emerged the winner, the stranger proclaimed himself to be the Devil and the two disappeared in a smoke cloud. But when the wind blows in summer, their smoke clouds still descend, in the form of the tablecloth that copiously spreads itself over the mountain during the windy season.

Get current details about the running times of the cable car (pending suitable weather conditions.)