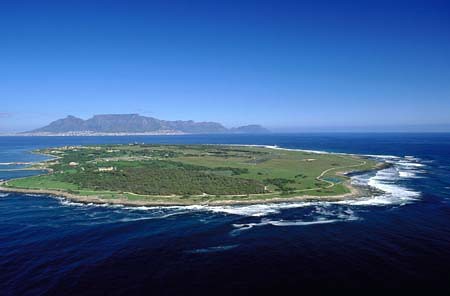 South Africa is home to eight of the world’s official heritage sites, as determined by Unesco’s World Heritage Committee.

Robben Island  is a cultural heritage site lying 11 kilometres offshore from Cape Town. This is where Nelson Mandela spent 18 of his 27 years in prison during South Africa’s pre-democracy years. The island has since become a symbol of the triumph of democracy over oppression.

Robben Island was not originally severed from the Cape Peninsula. Thousands of years ago it was an inhabited area that was connected to the mainland of Cape Town.

The Dutch colonists at the Cape started a prison at Robben Island, and later it became infamous as a maximum-security prison for anti-apartheid activists, including Nelson Mandela. At one time it was also used as a leper colony, and as a mental hospital from 1846 to 1931, and as a training and defence base during World War II.

If you’re going to be visiting Cape Town, why not include a tour to Robben Island. Expect the tour to last about three and a half hours. You’ll spent half an hour each way on the ferry that crosses Table Bay to the island.  Once there, you’ll visit the old prison and see several of the island’s other attractions.

Get info about tours to Robben Island.

Get tour ideas for your South African holiday.