Grahamstown is known as Africa’s Festival Capital Africa’s Festival Capital – six national events are celebrated here each year.  It is also fondly known as the City of Saints, with more than 40 places of worship. It is the centre of Frontier Country, where Khoi, Xhosa, Boer and British people met and left their mark. Of all its festivals, the largest and most famous is the National Arts Festival. Held in July every year, it celebrates the best in South African and imported talent and regularly attracts more than 30 000 festinos who come to enjoy more than 500 shows – everything from opera to jazz and comedy to drama – as well as a huge diversity of other creative disciplines. 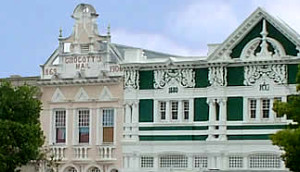