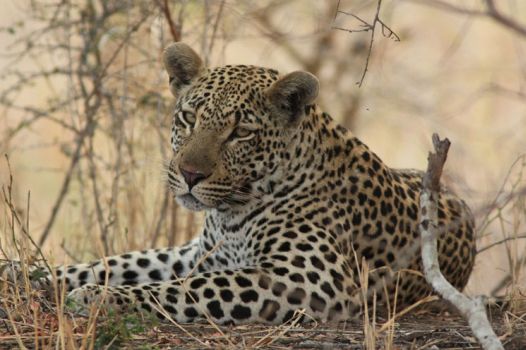 “Described as an elusive and solitary predator, it was a rarity to see leopards in the very early days of Safari at Londolozi.  Yet in 1979 that was all to change when John Varty, co-founder of Londolozi, and an incredible naturalist, Elmon Mhlongo, developed a relationship with the Mother Leopard. She was tolerant of their presence and allowed them into her secret world.  It was a relationship that endured for 12 long years during which time a dynasty of Londolozi Leopards was born.” Dave Varty, Londolozi.

For more than three decades, Londolozi’s rangers and trackers have maintained a remarkable record of the leopards of Londolozi. This ongoing chronicle records family lineages, identities, photographs and narrative accounts. These chronicles inspire a great many people to visit Londolozi, and they also keep connections alive with guests who’ve already visited.

All with personal IDs, Londolozi’s leopards include Dudley Riverbank, Short Tail, Camp Pan and others known by various distinguishing features.

View Londolozi’s handsome leopards and read more about them.

If leopards are on top of your must-see safari list, Londolozi is the place to go. Not only will you be likely to see these amazing beasts, but you will also have the immense privilege of meeting some of the dedicated people who create the fascinating sagas about the Londolozi leopards. Mail us for information about the various luxurious accommodation choices at Londolozi, or call us on +27 21 797-7122.