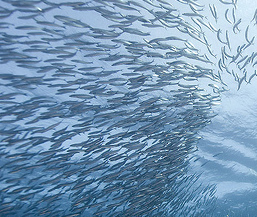 There’s a sensational sight to behold each year during June / July on the wickedly beautiful Wild Coast: the annual Sardine Run.  Also dubbed the Greatest Shoal on Earth, this massive fish migration begins on this stretch of South Africa’s coast and runs north east towards warmer waters. To put this magnificent event into perspective, some say the sardine run is sufficiently spectacular in magnitude to rival East Africa’s great wildebeest migration – wow!

Mid-year on the Wild Coast is when huge congregations of sardines mass together into mercurial rings that rise up against the peaks of the waves. The shoals move into the shallows, painting the sea with a silver shimmer. These shoals can be more than 7 km long, 1.5 km wide and 30 meters deep.

All manner of water creatures and birds assemble in great numbers to partake in the mega-meal of the year. Dolphins, sharks, seals, Cape Gannets, cormorants, penguins and albatrosses are just some of the crowd that gathers for the feast.

Part of what makes the Sardine Run such a great privilege to witness, is that there are no guarantees. Nature has to create just the right conditions for this awesome spectacle. For one thing, the water temperature needs to reach below 21 °C in order for the migration to take place. In 2003 this failed to happen, which meant that the Sardines Run did not occur, but this non-occurrence was only the third in 23 years. There was a good run in 2005, and another non-run the next.  So it’s a case of hanging in to see what happens each year, but making sure you get to the right location so that you’re there to see it when it happens.

Another way of looking at it, is that the Wild Coast is such a jewel that it’s worth visiting under any circumstances, with or without the amazing Sardine Run. It has so much to offer – you can hike in the indigenous bush and along long, unpeopled beaches, do some fishing, scuba diving, surfing and kite-boarding. You can also visit the nearby game reserve to view rhino, elephant, giraffe, zebra and antelope on a guided drive. There’s prolific birdlife in the area, including sea, estuary, river and inland species.

no images were found

Meet the magical Wild Coast from the divinely luxurious base of Prana Lodge, situated in a forest alongside spectacular Chintsa Bay. Enjoy mint accommodation, complete with your own private garden with patio and plunge pool. Re-nourish yourself at a serene Thai Spa & Wellness Centre, and take full advantage of the lodge’s private access to 21 km of untrampled beach. And, if the sardines run, go out on boat tours to view the spectacle. 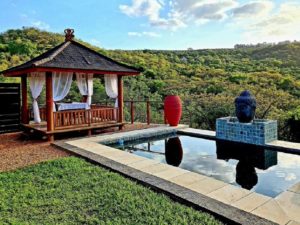