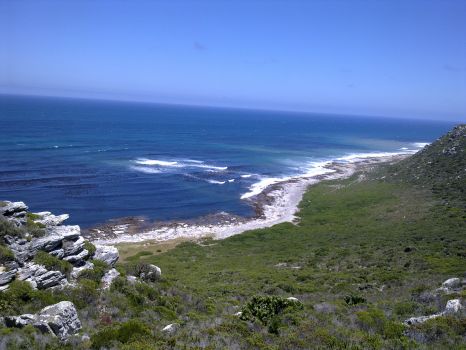 Read all about Cape Town’s big six in the city: these are top sightseeing attractions not to overlook. 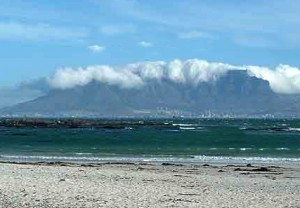 Table Mountain
The great table towering above the Mother City hardly needs much introduction, but here are some facts anyway: It’s now officially one of the New7Wonders of Nature; you can wizz up to the top, more than 1000 metres above the city, in the high-tech cable car for 360° views of Cape Town, the ocean and the neighbouring mountain peaks; the Table Mountain National Park is a World Heritage Site and the richest floristic region on the planet. Visitor Info

Cape Point
This generous chunk of paradise (7 750 hectares to be exact) and Natural World Heritage Site  sits at the southwestern tip of Africa, in the Cape of Good Hope section of the Table Mountain National Park.  Here, you can come upon a large herd of bontebok snoozing on a remote beach. Or a couple of ostriches, like grand old dames on stilettos, picking their way over coastal rocks as they blink lazily against the seaspray and the dazzle of the morning sunlight. These are some of the everyday sights in the Cape Point Nature Reserve, along with frequent sightings of baboons sunning themselves at the sea-edge, and birds-eye-check-ins with whales during their migrating season.  Cape Mountain Zebra can also be seen in the Cape Point Reserve, as well as a great many birds, and plenty of the Cape’s disctinctive fynbos. More about Cape Point and Visitor info

Robben Island
Now a UN World Heritage Site, Robben Island is one of Cape Town’s most visited sights. In early years sailors cashed in on it for fresh seal meat and penguin eggs, and later it became an out-of-sight hidehole for exiles and criminals. A maximum-security prison was built there in 1961, and it was here where Nelson Mandela was sent after receiving a sentence of life imprisonment in 1963. In 1991 the remaining political prisoners were released and in 1996 common-law prisoners were sent back to the mainland. Take a 30-minute ferry trip from the V&A Waterfront to the island and visit a number of historic sites there. More about Robben Island

Kirstenbosch National Botanical Garden
The grandeur of Kirstenbosch ranks it along with the best gardens in the world. A world first for Kirstenbosch is that it was the first botanical garden anywhere on earth to take up the protection and display of a country’s indigenous flora. Resting up against the eastern slopes of Table Mountain and bordering the Table Mountain National Park, Kirstenbosch lies in the centre of the Cape Floral Kingdom. No matter what time of year one visits Kirstenbosch, every season brings its own spectacular delights.  Visitor Information

Groot Constantia
This magnificent wine farm was established in 1685 and it holds rank as South Africa’s first vineyard.  Cape Governor Simon van der Stel made this his turf.  There are many attractions on the estate, including the stately old manor house, the Cloete Cellar wine museum which covers the history of winemaking and the estate, cellar tours, wine tastings and restaurants.

V&A Waterfront
There are good reasons why more than 20 million visitors flock to the V&A Waterfront each year!  This dazzling attraction sits in a working harbour, and offers visitors an incredible array of retail shopping and entertainment, with fantastic ocean and mountain views to marvel at.  There are more than 80 restaurants alone, The Aquarium is a huge drawcard, and so are the various entertainments and boat tours. Visitor Information