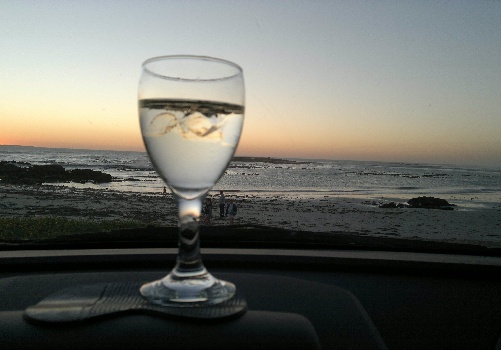 South Africa and tourism have long been wed – and no small wonder! Once wooed by the magic of South Africa, people from around the globe proclaim it a holiday destination of rank, and frequently, a travel choice second to none. Indisputably a top favourite with the world’s wanderers, South Africa has glittering strings of “bests” to its credit. During September each year, South Africa honours the importance of tourism as one of the mainstays of the economy.

Johannesburg – also fondly spoken of as Jozi – is the country’s largest city, a huge commercial and recreational hub grown from an initial gold-mining settlement. Its drawcards include the Apartheid Museum, Gold Reef City, a hop-on hop-off city sightseeing tour, scores of galleries, museums and neighbourhood markets, the sprawling Soweto township, fantastic shopping malls, restaurants and theatres. The Cradle of Humankind World Heritage Site, the world’s richest hominid site, is 50km north-west of Johannesburg. See our choice of places to stay in Johannesburg.

The coastal city of Durban in KwaZulu-Natal has always been popular with holiday-makers, but has recently sky-rocketed on the popularity polls. For one thing, it has been named one of the Top 10 Oceanfront Cities by National Geographic. It’s a fun-seeker’s world that’s securely on the map, and is set to attract even more attention in 2016 as host of the World Aids Conference. Beach pleasures, boat trips, nature areas, culinary adventures are all part of the appeal. Where to stay in Durban and luxury getaways in KwaZulu-Natal

When you visit South Africa, be sure to include an experience on Rovos Rail The Most Luxurious Train in the World and a Bill Harrop’s ‘Original’ Balloon Safari.   Mail us for advice and bookings, or call +27 21 797-7122.