10 Things That Will Enchant You About South Africa 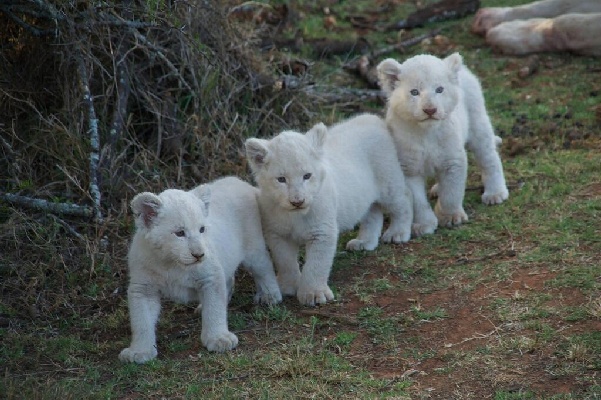 South Africa is a holiday destination of endless delight and enchantment.  Rated highly for its extraordinary natural beauty and wildlife, its intriguing melting-pot of cultural diversities and its enviably good weather, South Africa offers a holiday extravaganza. Here we’ve lifted out just 10 things that will enchant you about South Africa – but the list could easily be without end. It’s also an incredibly inexpensive holiday destination, with Dollar, Pound and Euro positioned very favourably against the Rand for travellers into the country.

1. THE EAT-OUT BOMA IN THE BUSH
The South African boma is an enclosure made from wood or reed and often used at safari lodges to enclose an outdoor dining area. It lends an incredibly romantic atmosphere to dinners in the wilderness! The history of the boma-structure is a long one, going back to the pre-Colonial era when indigenous peoples built wooden areas in which to enclose livestock or to ‘buttress’ their homesteads and villages. As such, it was known as a “kraal.” How fabulous is today’s carry-over of the eat-out boma in the wilderness – it adds something so special to a safari experience.

2. THOUSANDS OF SHIPWRECKS
South Africa’s coasts are well known, mainly for the immense scenic beauty that rivals the world’s most famous coastlines. Many glorious safe-swimming beaches add to the fame of our coastal holiday spots. Parts of our coast are very rugged, though, and seafaring has had many casualties. As clear and calm as the Cape can be, another of its faces is Cape of Storms, as it was known to explorers many centuries ago who sometimes had to brave treacherous storms before finding safe anchorage. There have been more than 3 000 shipwrecks of the coast of South Africa, some like the Arniston and the Birkenhead particularly legendary. Visit our museums depicting the seafaring adventures and misadventures of the many navigators of our oceans.

3. THE WHITE LIONS OF THE TIMBAVATI & EASTERN CAPE
World headlines were made in the 70s when the white lions of the Timbavati – an intriguing genetic anomaly – were discovered by conservationist and researcher Chris McBride. They’d been seen several decades before this, but were brought into the public eye by McBride’s book The White Lions of the Timbavati. After achieving immediate fame, the white lions seemed to disappear off the face of the wilderness as curiously as they’d appeared, but were once again identified in 2016. These remarkable white-coat cats have since become a sought-after and highly prized sighting on safari, for some lucky guests. Timbavati reserves bordering the Kruger National Park are a good place to look out for them. In the Eastern Cape, Pumba Private Game Reserve has been home to a flourishing pride of white lions since 2006. The white lion rehabilitation project is one of Pumba’s key biodiversity projects, and attracts many interested guests from different parts of the world.

4. THE MAGICAL SWIRLS OF THE OCEAN
Every year during June/July a massive fish migration happens on the beautifully remote Wild Coast. The Sardine Run, as it’s called, is a sensational sight to behold, and is a truly unique South African natural extravaganza of millions of sardines swimming North from the Southern oceans. Some say the Sardine Run is sufficiently spectacular to rival East Africa’s great wildebeest migration!

5. LONGEST WINE ROUTE
Venture forth on Cape Route 62, a stunningly scenic tourist route through the Western and Eastern Cape, and find the longest wine route in South Africa, and very possibly, in all the world. You will discover fabulous little country towns, breath-stopping scenery, and a lot of excellent wine. Barrydale, Robertson, McGregor, Bonnivale, Calitzdorp and Oudtshoorn are just some of the special country towns on the route.

6. THE PAINTED DOG
The Wild Dog, often also referred to as the “painted dog”, has to be one of the most enchanting creatures in the African wilderness. These curiously patterned animals are supreme hunters achieving a higher kill rate than other predators. Each dog has unique markings that are never replicated in another of the species. Wild dogs have the unusual behaviour of vomiting food to feed other pack members – a ritual of bonding as well as nutrition. Another unusual practice among predators is that of feeding pups first. Wild dogs are particularly abundant in the Madikwe Game Reserve in North-West Province.

7. BIG TREE TSITSIKAMMA
The Big Tree is a grand old yellowwood, possibly as old as 800 years and it’s to be found in the Tsitsikamma Forest near Plettenberg Bay. Walk the romantic 1 km circular walk along a boardwalk into the mysterious Tsitsikamma Forest and meet this enchanting tree – exceedingly precious because so many of our yellowwoods have sadly been felled. The Big Tree is close to 40 metres tall, with a massive trunk circumference of 9 metres.

8. BIKINI BEACH
Bikini Beach in Gordons Bay, about 50km from Cape Town, is so named because of its triangular shape. And, like a bikini, it’s incy-wincy, so it’s important to go early in the day during season to get parking and a space on this lovely little wind-sheltered beach, accredited with Blue Flag status.

9. WORLD’s LONGEST UNDERGROUND CAVE SEQUENCE
Intricate limestone formations that look like wax poured from a dizzy height and miraculously set into weirdly tapering stalactites and stalagmites, form an underground wonder called The Cango Caves, located 29 km from Oudtshoorn. The Caves constitute 3 kilometres of caverns, making it the longest underground cave sequence on earth. Tours of the caves are a great and memorable adventure, must be booked in advance, and are not advised for people who are claustrophobic, have high blood pressure, asthma or muscular conditions.

10. GATEWAY TO THE ANCESTORS
The Hole in the Wall (also the name of a village) is an amazing rocky archway south of Coffee Bay just off the Wild Coast, created by erosion of the shale and sandstone rock formation by waves. Be sure to visit this landmark of the Wild Coast, whcih the local people think of as a gateway to their ancestors.

There are hundreds more enchanting sights and phenomena in South Africa! Mail us for assistance with the planning and booking of your trip, or call us on +27 21 797-7122.