Traditional Entertainment on Safari and Elsewhere in South Africa 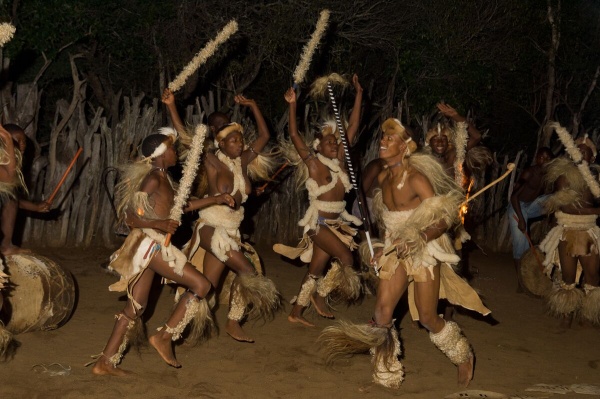 A traditional safari in South Africa will generally feature some kind of traditional entertainment in the form of song and dance. This is often provided at dinner time, outdoors in a traditional boma under the stars. Other types of cultural experiences offered by certain lodges (safari and nature lodges) might include storytelling, traditional food preparation or sharing of particular cultural traditions. Nowadays many luxury safari lodges place the emphasis on the contemporary rather than the traditional, but there are still several lodges that include some form of local culture or entertainment, sometimes only by special request and / or additional cost.