Mad About Madikwe: 6 Reasons to Visit Madikwe Game Reserve and Where to Stay 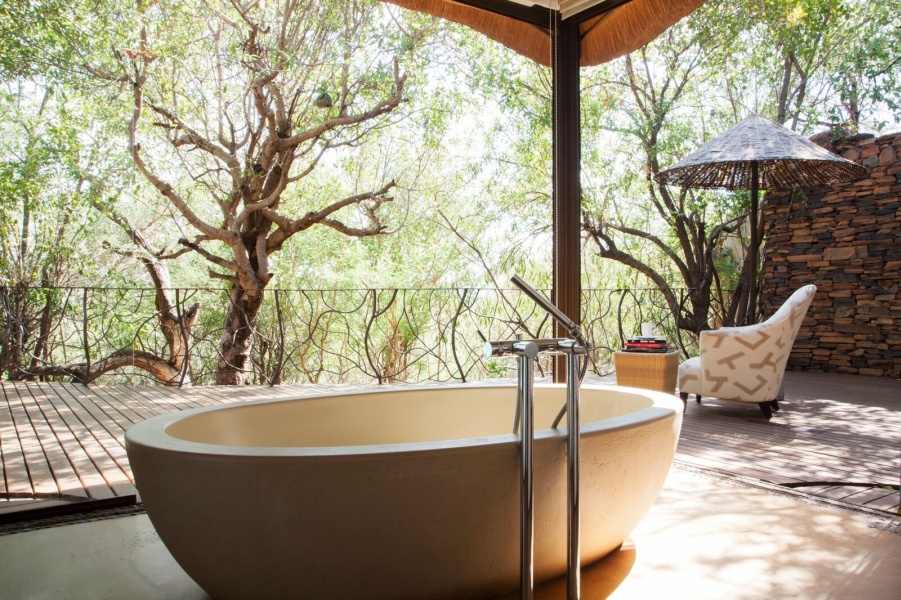 Madikwe Game Reserve is a premier game park in South Africa, home to the Big Five, the endangered African wild dog and much besides. Access to a precious wilderness is restricted to staying guests at around 20 luxury safari lodges in 75 000-hectare Madikwe, ensuring an exclusive South African safari experience on a captivating landscape.

1. Madikwe Game Reserve is one of SA’s most important conservation areas. It spans 75 000 hectares of flourishing wilderness in North-West province, thanks to a mammoth project in the 1990s for the translocation of 8 000 animals to Madikwe – probably the world’s largest translocation ever.

2. Madikwe Game Reserve offers spectacular game viewing. All of the Big Five inhabit the reserve, and so do African wild dogs, an endangered species. In 1994 six African wild dogs were introduced to Madikwe and since then numbers have grown steadily. There are now several hunting packs of wild dogs in Madikwe.

3. There is no malaria risk in Madikwe Game Reserve.

4. Access to the reserve is strictly limited to only those vehicles belonging to lodges in the reserve. The reserve does not permit day visitors.

5. Expect to spend 3.5 hours driving to Madikwe Game Reserve from Johannesburg and Pretoria. This is considerably closer than from central Gauteng to Kruger National Park.

6. Madikwe Game Reserve is an exclusive safari destination. All lodges in the reserve are of a fine standard and taken together, they offer exclusive romantic safaris, family safaris, corporate safaris and sole-use safari accommodation.

For people who want to participate in conservation tasks, Jaci’s Lodges offers a conservation safari that entails activities such as notching and microchipping rhino, collaring lions and buffalo, collecting genetic material to record, track and protect endangered wildlife, branding lions and gathering information about lion, rhino and wild dog.