The White Lions of Timbavati: A Sacred Sighting 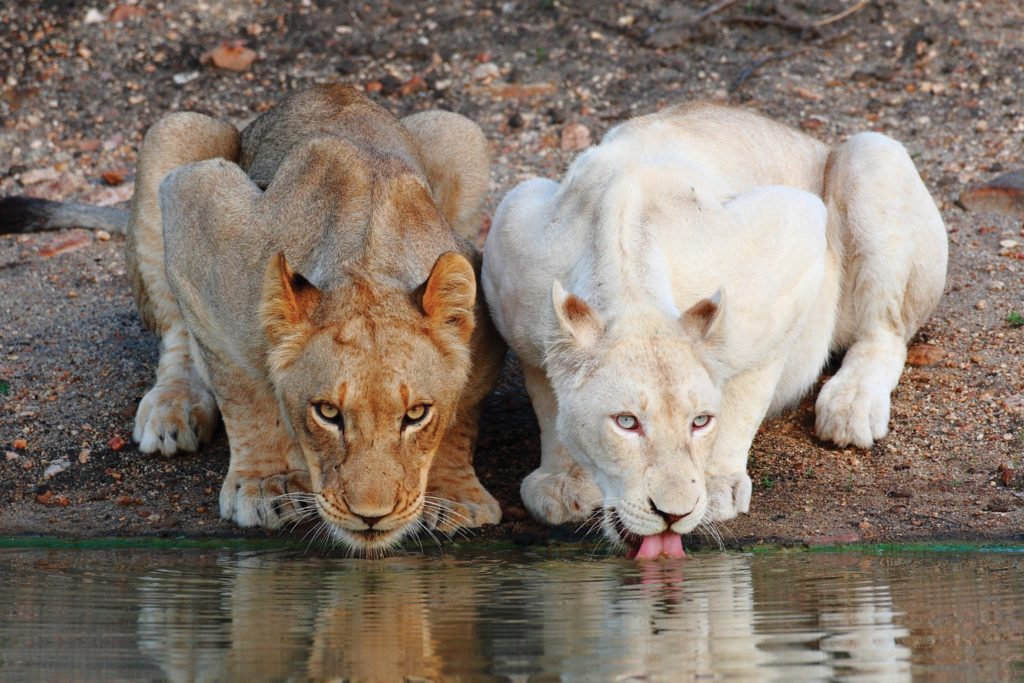 The white lions of Timbavati in South Africa are indeed special creatures. In Africa, the very rare white lion is considered sacred. As a whole species, lions are king of the jungle, but white lions are especially venerated as sons of the Sun God. The number of white lions in the world is small – perhaps just a few hundred, and South Africa’s Timbavati Private Nature Reserve is favoured to have these exceedingly rare animals living freely on its turf. Visitors to the Timbavati can be lucky and see them on safari.

Leucism has produced the white lions of Timbavati. A recessive white gene has resulted in white lions being born to normally-pigmented parents. They are not albinos, as was once thought, because they do lack pigmentation entirely.

According to the Global White Lion Protection Trust, most of the world’s white lions are held captive in zoos and circuses, with sadly only very few living in their natural habitat. The White Lion Trust points out on its website that Timbavati is an ideal habitat for the white lions, because its white, sandy riverbeds allow the animals a satisfactory camouflage.

In the 1970’s the white lions of Timbavati captured a good of interest. This was largely due to Chris Mcbride’s book The White Lions of Timbavati, published in 1977. A more recent publication, Linda Tucker’s Mystery of the White Lions published in 2010, is the author’s account of her quest to discover the mysteries of the sacred white lion, which began after she was rescued from a dangerous encounter with lions in the Timbavati by a medicine woman called the “Lion Queen”.

You could be lucky enough to see white lions on your safari in Timbavati, South Africa, when you stay at any of the following luxury lodges: