It’s Summer in Addo: Plan a Getaway with the Ellies

RiverBend Lodge tells us that the grasslands surrounding the lodge in the Addo Elephant National Park have been beautifully transformed into bright green plains following a month of steady rain in the Eastern Cape. The Green Look is early this year, thanks to the generosity of the rain and its 70mm yield. Not only is the bush green; many flowers have peeked their pretty heads out too. Wild Pomegranate, Plumbago and Cape Honeysuckle are all in full bloom now. 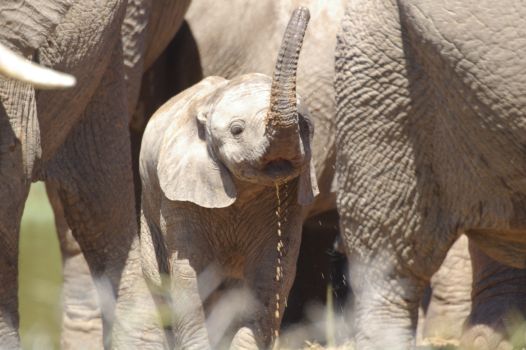 Animal sightings have been marvelous. As usual, Addo’s large elephant herds have trumped everything. But to add to the wonder, there have also been numerous migratory birds around, as well as zebra foals, hartebeest calves, ostrich chicks and jackal pups. The area also offers elephantback safaris, now becoming very popular.

What’s great about holidaying in the Eastern Cape, is that there’s no risk of malaria in the game reserves.

So if your holiday plans are yet to be finalised, give Addo Elephant National Park a thought. There are some wonderful lodges in Addo, combining the best of leisure in the countryside with some exciting game viewing. Lodges well worth considering are RiverBend (especially if you’re after a luxury stay in a country house that includes young children); Woodall Country House & Spa (it’s located on a citrus farm and has a beautiful waterside setting); and The Safari Lodge (if you prefer a game lodge to a country house).

When in doubt, ask the experts.