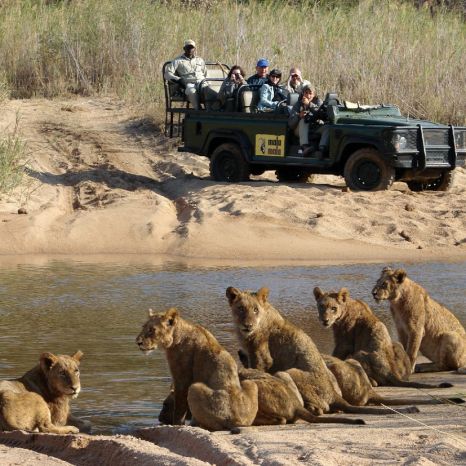 Let’s take a trip down memory lane and tip our hats to some of the pioneers who brought prestige to safaris, but much more critically, who also brought a private mantle of protection to so much of South Africa’s wildlife. Meet some of the great old-timers of luxury private safaris in South Africa. 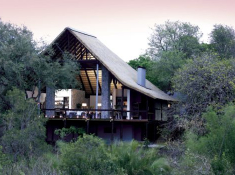 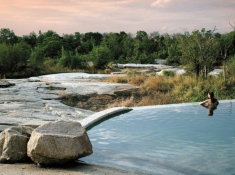 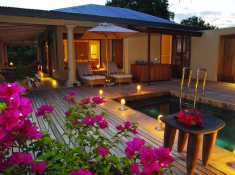 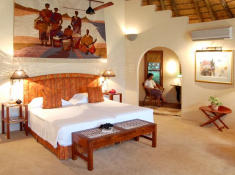 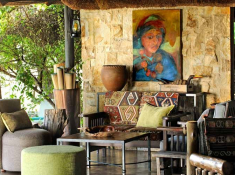 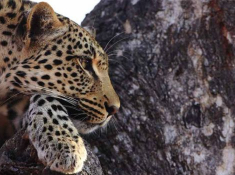 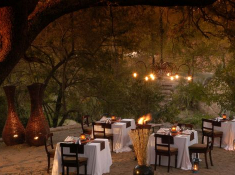 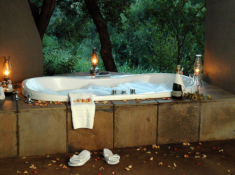 MalaMala Game Reserve – a thriving and whopping 13 300 hectare wilderness tract sharing an unfenced 19km border with the Kruger National Park – has been in existence since 1927. In 1964 it was sold to MalaMala Ranch Pty Ltd, the shares of which belonged to Michael Rattray. In the 1970s guests stayed at this luxury lodge for a mere R30! Can you imagine! But in actual fact, that wasn’t such a low rate for 5-star hotels at that time. The reserve accommodates guests in three distinct camps: MalaMala Main Camp provides a traditional safari and welcomes children of all ages. Sable Camp is more exclusive, comprising just seven suites and accommodating children from the age of 12. Rattray’s on MalaMala is the flagship lodge, elevated above the Sand River and offering a classic Out-of-Africa safari. Whichever lodge you choose, you’re bound to have a specatcular game viewing experience. Take a moment to consider these amazing stats of sightings at MalaMala over the last 15 years: lion seen on 96.72% of days, elephant seen on 99.38% of days, rhino on 99.65% of days, leopard on 96.77% of days, and so it goes at MalaMala …

Open to the Kruger National Park and home to Africa’s Big Five is Motswari Private Game Reserve. This family-owned lodge began its operations more than 30 years ago and was one of the first private game lodges in South Africa to open its doors to guests. The name Motswari means “to conserve and protect” in Tswana, and the owners have honoured this intention so well at their beautiful traditional African safari lodge. From the moment you arrive at Motswari, you’re treated as a special member of the clan. “Arrive as a visitor and leave as a friend” is their hospitable mantra, which means that once you’ve savoured the charms of this lodge, you’re bound to want to return. Expect a once-in-a-lifetime bushveld experience that includes twice-daily safaris.

Londolozi is one of the original pioneering private game reserves in South Africa. The Varty and Taylor families have dedicated themselves to the task of saving a part of Africa’s natural bounty. Rest assured that your visit to Londolozi will combine supreme luxury with one of the finest wildlife experiences South Africa has to offer. Nelson Mandela had this to say: “During my long walk to freedom, I had the rare privilege to visit Londolozi. There I saw people of all races living in harmony amidst the beauty that Mother Nature offers. Londolozi represents a model of the dream I cherish for the future of nature preservation in our country.”

Sabi Sabi has hosted visitors from all over the world in the famous Sabi Sand Reserve since1979 when the Sabi Sabi company was first formed. The owners purchased three portions of the farm ‘Shaws’, on which Selati Camp and Bush Lodge were built. Subsequently, the farm ‘Lisbon’ was purchased and the beautiful Earth Lodge was constructed. The name Sabi Sabi is derived from a word meaning ‘fear’ or ‘danger’ in the Tsonga dialect, on account of the large numbers of dangerous crocodile and hippo in the Sabie River. Big game roams freely and abundantly throughout this pristine part of the African continent. Diversity of habitat and wildlife creates excellent opportunities for close encounters with the ‘Big Five’ – elephant, rhino, buffalo, lion and leopard – as well as wild dog, cheetah and all species indigenous to the area. Sabi Sabi’s outstanding choice of lodges – Little Bush Camp the last addition – has something for everyone.

Another very special Mpumalanga lodge that has flourished over several generations of family management, is Notten’s Bush Camp in the Sabi Sand. The Notten’s story began in 1963 when John Notten acquired a portion of the Sabi Sand Game Reserve, which was intended as a tranquil retreat for the family and their friends. In 1986 Bambi and Gilly Notten – who are still there – opened their family home to what is known today as Notten’s Bush Camp. Notten’s is now in its fourth generation in the Notten family, as well as the Matabula family. Specter Matabula was employed by the family in 1963 and he would be proud to know that his son and his son’s children are now a part of Notten’s Bush Camp South Africa. At Notten’s you’ll be heartily welcomed and offered a really authentic bushveld experience, with more than just a touch of luxury. Electricity has been excluded in favour of gentle candle- and lamplight. Guests who visit Notten’s tend to return time and time again – always the best indicator of a really good experience!