This Rocks! Stay Four-Star in Cave Rooms and Round Huts amid Massive Rock Formations at Kagga Kamma Nature Reserve 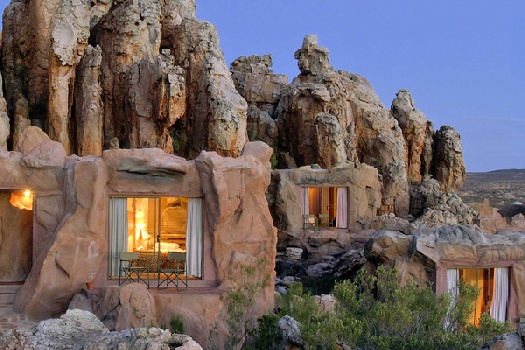 When you get away to Kagga Kamma Nature Reserve (and bear with the last few kilometres on a gravel road – it’s well worth it!), you’re heading for pure, untainted wilderness. It’s a wonderworld of curiously weathered rock formations, majestic canyons and wide open spaces. This uniquely appealing place is a true hideaway. It’s concealed in a spectacular rocky wilderness to the south of the Cederberg Mountains, and bordering the Ceres Karoo area. Its fantastic offerings include an amazing number of ancient Bushman rock painting sites, a rich population of wildlife and plants, and brightly twinkling night skies. Out of the range of cellphone reception, the break with familiar routines is deliciously complete. (If this brings a twinge of nervousness, though, please know that there is Wi-Fi in the bar area.) 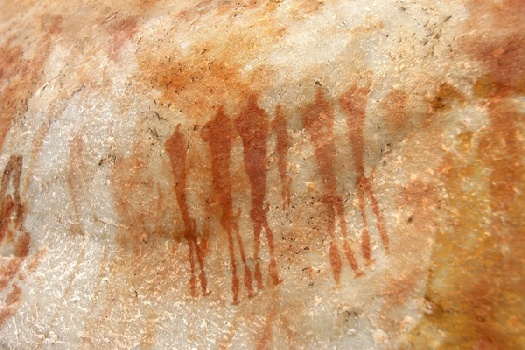 The Bushmen of the South-Western Cape have been extinct for more than two centuries, but here in this world they have left amazing galleries of paintings that reveal so much about the lives that early people lived here. Rock art excursions bring you up close to awesome rock art sites several thousands of years old. The paintings are also records of the animals that once lived in the area, and they show us, for instance, that elephants were once present here. Some of the paintings are thought to be depictions of the experiences of shamans in the altered states of consciousness that were induced by trance dancing – an important ritual for entering the spirit world. 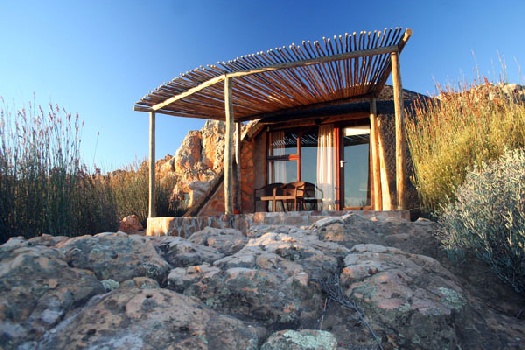 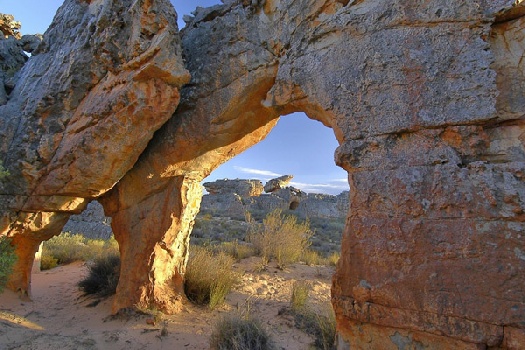 The night skies at Kagga Kamma dance with stars, so do some star- and planet- gazing at the mini-observatory. 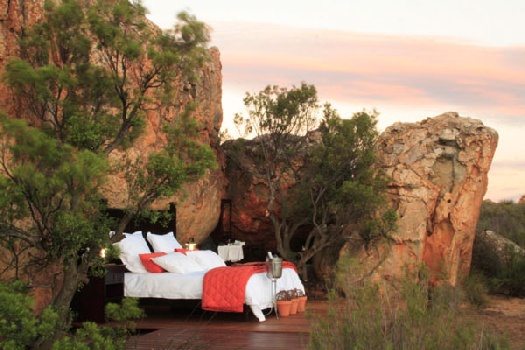 There’s a choice of accommodation. You could stay in a charming circular hut or you could hide out in a cave room built between the massive sandstone rock formations. If adventure calls, then opt for the unique outcrop ‘room’ which offers a luxurious open-air sleepout – leaving nothing between you and this great, wide, unspoiled wilderness. 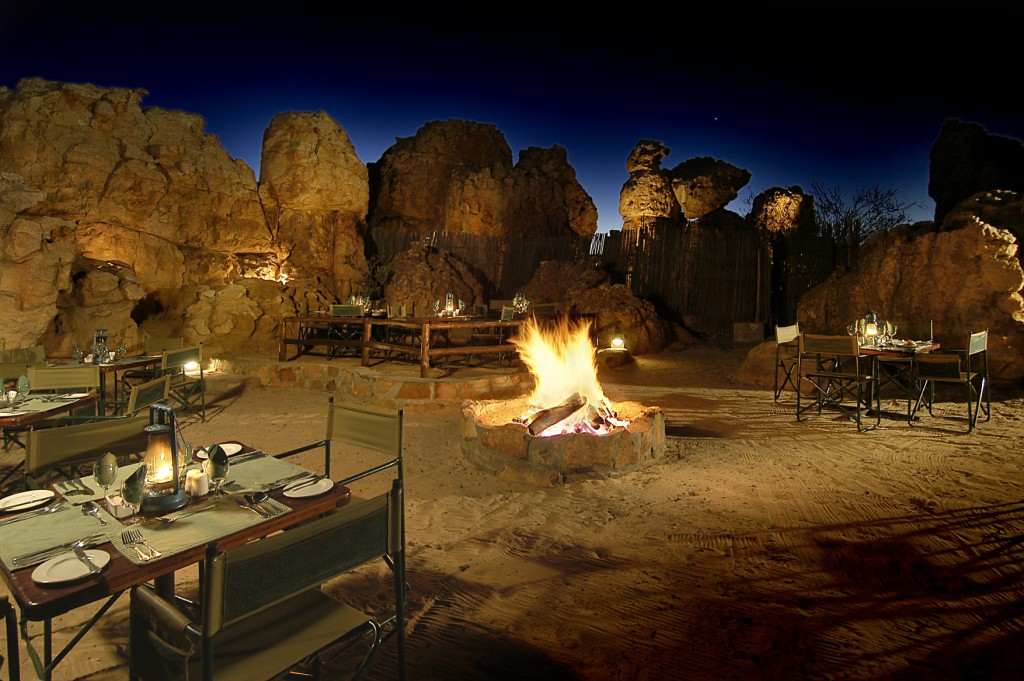 Dining at Kagga Kamma makes the most of the enchanting landscape. In good weather some meals are taken outside around a blazing fire, with the twinkling night sky serving as a rooftop. 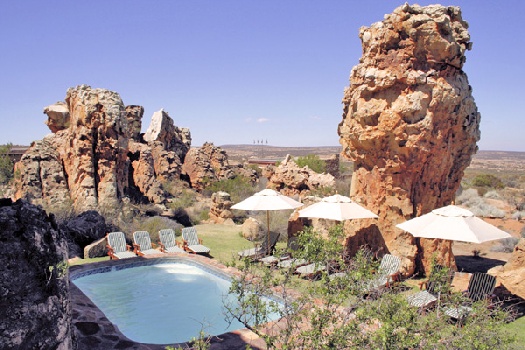 Kagga Kamma is great for a family break, a romantic couple-sneakaway, or a group getaway – be it social or to conference amid the wonders of the wilderness.