Wondrous Waterberg: The Place of Scenic Safaris in South Africa 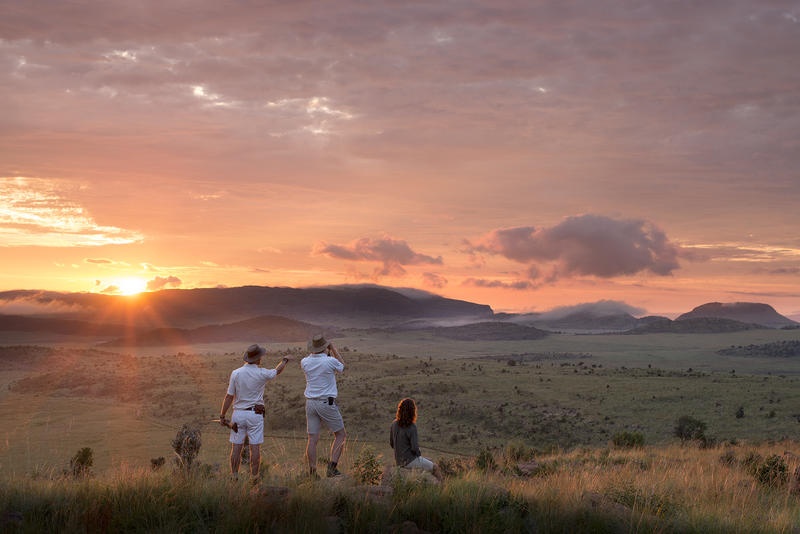 South Africa’s Waterberg wilderness is an incredibly scenic area of Limpopo province, and a protected UNESCO Biosphere Reserve. The Waterberg rests against a breathtaking canvas of mountain ranges and is home to the game reserves of Welgevonden, Entabeni and Lapalala Wilderness, all of which provide superb safari experiences and wilderness getaways. These range from ultra-luxurious safaris to more rustic bush experiences. Another thing in the Waterberg’s favour is that it carries no risk of malaria.

There are less than 700 UNESCO biosphere reserves in all the world, in 122 countries. In the whole of Africa there are 79 UNESCO biosphere reserves, and in South Africa 10. The beautiful Waterberg is one of them, first recognized by UNESCO in 2001. The Waterberg is thought to be about half as old as the earth itself.  It was formed by deposits of sediment in inland lakes, with scatterings of rock that could mean volcanic activity long ago. Go on a once-in-a-lifetime safari to this magnificent place, and see the greats of South Africa’s wildlife on a landscape that is undoubtedly among the world’s most precious terrains.

The Welgevonden Reserve is part of the Waterberg. It is an exquisite piece of paradise, made up of rolling wooded mountains, deep rocky ravines and majestic gorges. Meaning ‘well found’, the Welgevonden is a place of beauty, abundant wildlife and many varieties of birdlife. The reserve has one of the largest populations of white rhino anywhere in Africa.

Entabeni Safari Conservancy in the Waterberg spans over 22 000 hectares of bushveld, ravines, wetlands and wooded hills and offers accommodation in six distinct lodges. One of Entabeni’s drawcards is a magnificent golf course in the heart of Big Five territory. The following are some of the Entabeni lodges in the Waterberg: